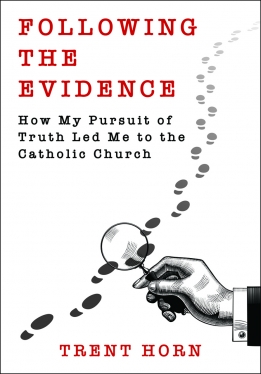 Raised by a Jewish father and an ex-Catholic mother, Trent Horn was adrift in skepticism in his teenage years and believed religion was “a crutch for the simple-minded.”

At the time, Trent:

But now Trent shares the story of his conversion to the Catholic Faith and how God turned him dramatically around.

In the new, two-CD set Following the Evidence, Trent shares how he went from a skeptic in high school to becoming a devout, defender of the Faith.